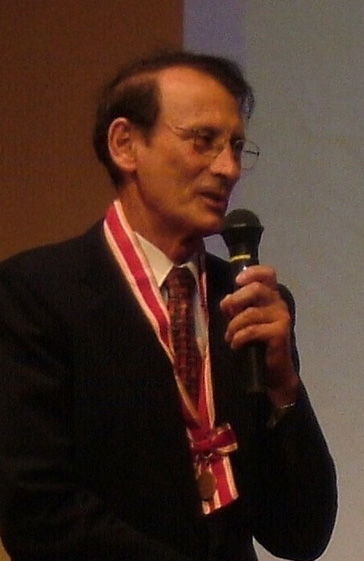 Representative of the Italian Government in the IEA Rosario Cantelli, Full Professor of Physics at the Physics Department of Sapienza University of Rome, has been the Founder and Director of the Sapienza Research Centre HYDRO-ECO (Hydrogen as an Ecological and Alternative Energy Carrier). He was in the board of Directors of the National Institute for the Physics of Matter (INFM), member of its Scientific Council, and Director of Section D, “Magnetism, Metals, and Superconductivity”. He was also Official Expert for the Hydrogen Storage in the International Energy Agency (IEA), Representative of the Italian Government in the IEA body, and Consultant of the US Department of Energy (DOE). In 2005 he was awarded the Zener Prize Gold Medal in Kyoto by a Committee of 36 members from 15 Countries, for its outstanding contributions to the progress of science using the anelastic spectroscopy, of which Zener was the founder. His scientific activity spanned over 51 years, from studies of liquid 3He at 3 K, to metal physics, atomic
diffusion in metals and semiconductors, hydrogen dynamics in complex solids, high TC superconductivity, materials for fuel cells and novel H absorbers, biological tissues. He used various methods and techniques, from the flight times, to the elastic energy dissipation, the acoustic emission, the calorimetric measurements TGA, DSC, and the neutron scattering, XRD and EXAFS. In 1968, he first observed the dynamical Gorsky effect due to the long-range diffusion of interstitial hydrogen (publ. 2, 4-6), which was theoretically predicted by Gorsky 35 years before. In 1977 he gave experimental evidence of the trapping exerted by substitutional impurities on H, by observing the decrease of the Gorsky long-range diffusion coefficient of H, and the concomitant enhancement of the H-solubility and of the binding energies of H to the traps, with the increase of impurity content (publ. 12, 13, 91). In 1978, by carrying out sophisticated experiments in which the acoustic energy absorption and the elastic energy release were combined together, he observed for the first time, in collaboration with G. Cannelli, the acoustic emission (AE) generated by the fracture processes caused by hydride precipitation in Nb, Ta, and V (publ. 14-18). The analysis of the AE signals revealed that the lattice destruction proceeding with the hydride precipitation follows the same Gutenberg-Richter law of the self-organized criticality (SOC) which governs the evolution of the earthquakes and even the market movements. In 1978, in order to extend the anelastic relaxation experiments down to the very-low temperatures, where a non-classical behaviour of matter was expected, he redesigned his experimental apparatus, reduced to miniature the vibrating samples (tenths of mm thick and hundredths of grams in weight), and suspended them on their nodal lines, in order to decrease the background dissipation to a minimum. The measurements, extended down to 2 K, revealed processes not reported before (from publ. 20 on), allowed the mechanisms of the quantum tunnelling and trapping of interstitial hydrogen in metals and semiconductors to be investigated in detail, and brought essential contributions to the understanding of the behaviour of condensed matter at low and very-low temperatures. In his studies of superconducting oxides, the dynamics of isolated oxygen (O Snoek peak) in YBa2Cu3O6+x was first observed , together with the pseudodiffusive lattice modes of apical O in La2-xSrxCuO4+d due to both, its collective dynamics and fast local motion dominated by quantum tunnelling. By the anelastic spectroscopy, he studied also the materials for the fuel cells and the solid-state hydrogen storage in the novel artificially nanoassembled H absorbers. He proposed a H vacancy-assisted model of the atomistic mechanisms occurring during the decomposition accompanying the H release in alanates (NaAlH4), which was subsequently adopted by various authors in many theoretical studies. Rosario Cantelli was the Chairman and organizer of several Conferences, among which the Tenth International Conference on “Internal Friction and Ultrasonic Attenuation in Solids”, Rome (1993), which was attended by practically all Founders of the Physics of Anelasticity. He was visiting Professor in numerous Universities all over the world, Responsible of many Projects and Collaborations with Government, Industry, and international bodies. He is author of more than 250 international scientific publications cited nearly 2500 times, of books and book chapters. He was a member of the Science Faculty and Professor of Physics to students of Physics and Aerospatial Engineering. Professor Cantelli is happy to have had during the long course of his career first-class Collaborators like Gaetano Cannelli and his former student Francesco Cordero, with whom the working atmosphere was always collaborative and pleasant. Through the many research Projects approved and funded by the Ministries of Research, of Environment, and of Economic Development, the Universities, the European Union, INFM, CNISM, the Regions of Lazio and of Sicily, the Industry, he gave the opportunity to numerous Contract Researchers, P.H.D. students and Master students who were associated to his International Research Laboratory, to attain qualifications which allowed them to gain a position in Italy or to be attracted by Universities and Research Institutions abroad.